I started it here as a bit of experiment, I’d seen link up in other blogging genres and wondered if I could make it work.  I was also intrigued if others would pick it up and to see if it would bring me new and different readers.  I’ve been amazed and humbled by how successful it has been and how people have taken it to their hearts.  Thank you to each and everyone of you that has written, read, commented, re-tweeted or taken part in someway, it really wouldn’t be what it is without you.

But it has outgrown its place here, in some strange way it was almost acting as a writing block for me, as long as I posted up and ran the weekly prompt then I felt I was writing, yet I wasn’t really spending my time developing the stories I wanted to be writing and so I decided to move it over to the Word Ejaculation blog, which has always been a community site and to claim back this blog as my own.  I’ll still write and join in but hopefully I’ll be able to develop my writing and this blog in a slightly different direction.

Once again, a sincere thank you to everyone that has taken part in the last nine months.

This week’s prompt was “move” and which I’ve taken it as a starting point for a scene in my work in progress, Performance.  So here is a sneak peak and a Wank Wednesday for you.

“Wait, wait, stiller stiller.  We should barely see your breath, contain it, hold it, don’t move.”

Under his command the six bodies, already immobile, concentrated themselves further into stillness.  Pressed so close together that their breathing was synchronised they formed a warm statue of flesh.  Their choreographer circled round them, his voice dropping to a whisper the closer he got to them.

“Breath, warmth, softness of skin, taught muscle.  What can you smell, shower gel, sweat, musk?  Breath through your mouths, what can you taste?”

“Relax into your senses”

Carl trailed a finger across the bare arm of one of the dancers and watched the intimate response, hair and goosebumps, a shiver rippling through the body.  He traced a line across the back of the dancer’s neck, passing over the fabric of their tee and back onto skin that was attuned to every mote of dust passing.  The ripple repeated, grew stronger as he circled the spinal knots at the nape of the neck.

he whispered into Marcus’s ear and watched with gratification as the ripple of response grew stronger, was harder to contain and eventually communicated through the bodies the dancer was pressed against.

Crossing the plane of the shoulder blade Carl’s hand found the soft tender skin beneath the arm, warm from the exertion of the rehearsal yet fragile to the touch.  Pressing the flat of his hand between body and arm he stroked firmly down, sweeping over the hip and across the taught hill of buttock.

His caress was rewarded with an outward gasp of breath and a subtle but distinct rocking of the pelvis, rounding over the rise of the glutes he curved his hand down, following and pressing into the valley of the arse.

“Give in to it” he instructed.

Marcus moved, responding automatically to the caress, instead of turning to Carl, he pressed forward into the other dancers, his hands reaching, the shadow of Carl’s touch.   As he moved, so did the five other dancers, hands repeating the caress, developing it into firm holds, shift and press communed into a rolling give and take of movement, an undulating dance of sex.

Don’t forget to check out all the other entries for Move on the Word Ejaculation site. 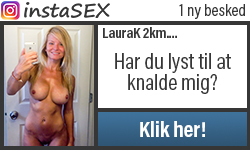 {"enable-exit-intent-popup":"true","cookie-duration":14,"popup-selector":"#popup-box-sxzw-1","popup-class":"popupally-opened-sxzw-1","cookie-name":"popupally-cookie-1","close-trigger":".popup-click-close-trigger-1"}
Enter your name and email and get our monthly newsletter... it's FREE!
Don't be shy, introduce yourself!
Your information will *never* be shared or sold to a 3rd party.
%d bloggers like this: